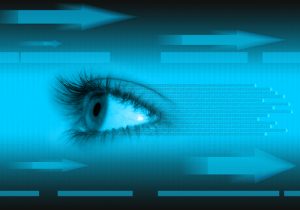 The bionic eye is making its mark and a difference.  Be sure to click the link below to watch a video.

Prostheses come in many forms; limbs, cochlear implants, dental implants and now the bionic eye is making its mark and a difference.

A visual prosthesis, often referred to as a bionic eye, is an experimental visual device intended to restore functional vision in those suffering from partial or total blindness. In 1983, Joao Lobo Antunes, a Portuguese doctor, implanted a bionic eye in a person born blind. Many devices have been developed, usually modeled on the cochlear implant or bionic ear devices, a type of neural prosthesis in use since the mid-1980s. The idea of using electrical current (e.g., electrically stimulating the retina or the visual cortex).

The entire system runs on a battery pack that is housed with the video processing unit. When the camera captures an image — of, say, a tree — the image is in the form of light and dark pixels. It sends this image to the video processor, which converts the tree-shaped pattern of pixels into a series of electrical pulses that represent “light” and “dark.” The processor sends these pulses to a radio transmitter on the glasses, which then transmits the pulses in radio form to a receiver implanted underneath the subject’s skin. The receiver is directly connected via a wire to the electrode array implanted at the back of the eye, and it sends the pulses down the wire.

The electrical signals generated by the stimulated electrodes then travel as neural signals to the visual center of the brain by way of the normal pathways used by healthy eyes — the optic nerves. In macular degeneration and retinitis pigmentosa, the optical neural pathways are not damaged. The brain, in turn, interprets these signals as a tree and tells the subject, “You’re seeing a tree.”

Just as muscles need retraining following an accident or surgery; it takes some training for patients to actually see a tree. At first, they see mostly light and dark spots. But, they learn to interpret what the brain is showing them, and they eventually perceive that pattern of light and dark as a tree.

There have been two versions of the system created, each version containing substantially more electrodes to enable patients to perceive shapes and detect movement.  Researchers are already planning a third version that has a thousand electrodes on the retinal implant, which they believe could allow for facial-recognition capabilities.   Until then, we believe patients prefer seeing outlines and shapes, right now than nothing at all.

Click here to view a video on how a bionic eye helped a man with impaired vision.  The article is provided by Gillian Mohney with ABC NEWS: “Bionic Eye Helps Man See After Decade of Impaired Vision”